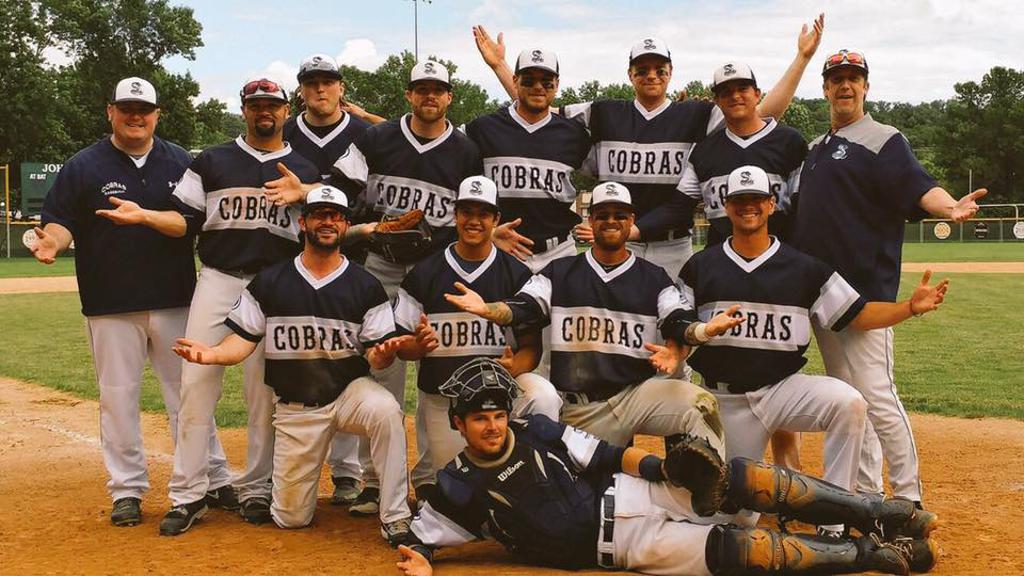 It's been a quiet year on the recap front, lets see what we can do about that.

Well, the good old days allowed for a game recap posted before 9AM the day after a game.  Life happens and now you have 3 recaps a year.  Here is a much needed recap of the regular season, now that we turn towards the Park National League playoffs.

The Cobras finished 12-4 in Park National League play and wrapped up the 2 seed by the way of a tiebreaker with the Minneapolis Angels(12-4).  The Cobras won big games against the eventual league champion Lyon's Pub Warriors and Minneapolis Angels, along with a 1-0 Shutout in 9 innings against Baseball 365.  The Cobras also lost a set of close games to the Angels (3 run comeback in the 7th), Baseball 365 (7-6 Iron 10 battle), and Minneapolis River Rats (Sean Borman tying 3 run bomb in the 7th).

In non league play the Cobras had some troubles fielding a lineup with guys playing in normal positions.  Pitching has been very improved and for the most part consistent.  Ben Cejka and Mitch Waletzki have been Ace material all year.  The Cobras are set up well for a deep run in the playoffs with a pitching staff that goes as deep as any in recent memory.

The Cobras have 2 more tune-up games before resuming the Park National League Playoffs.

Enough of the serious stuff.  Time for some fines.  Here are the Top 10 Cobras Fines of the year thus far as voted on by me alone.

Most of the really good fines were properly defended. Hope you enjoyed the recap.  Come out and enjoy a playoff game!

The Minneapolis Cobras Baseball Club, established 1999, is one of the most successful Class A baseball teams in Minnesota. In the 18 seasons since inception, the Cobras have reached the State Tournament 13 times, finishing 2nd in 2000 and 2013, and 3rd in 2003, 2010 and 2015. The Cobras have players from all levels of competition, and have had several turn professional after playing with them. The Cobras are managed by Matt Germar, the 4th skipper in Cobras history. Come out and enjoy a game.